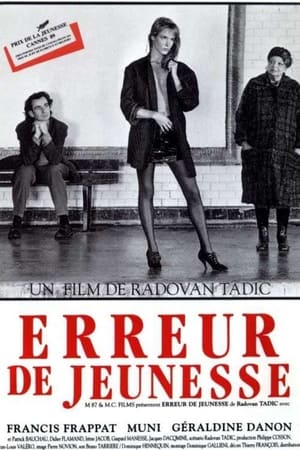 The oddest things come in pairs. In 1989, there were two foreign films on the market whose titles translated to Errors of Youth or Youthful Indiscretion. One was a Russian film, the other was a French picture, originally titled Erreur de Jeunesse. In this one, would-be poet Francis Frappat breezes through a number of relationships. Of paramount importance to Frappat are his attempts to seduce the lovely Géraldine Danon.