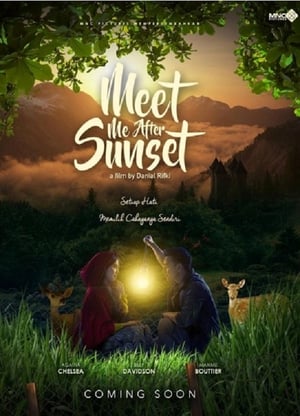 Vino (Maxime Bouttier) is upset that her parents agreed to move from Jakarta to Ciwidey, Bandung without asking her approval. Vino's irritation changed when he accidentally saw a beautiful girl with a classic style called Girl (Agatha Chelsea) was walking alone in the middle of the night. But at first glance, the woman immediately disappeared in the fog. The girl was found close to a forest ranger named Bagas (Billy Davidson). They've been friends since childhood. Vino hopes to get back to the Girl, but the beautiful woman is never seen during the day. Girls actually leave the house when everyone is sleeping. Vino was forced to fight the cold of night, in order to meet him. But Dada (Yudha Keling), a classmate of Vino, said that Vino likes the wrong person. Girls are known as strange women. Plus there is Bagas who so understand about the girl, to the warmth that she gave the girl comfortable. Together Bagas, Girls like the Moon is always accompanied Stars in the dark night.