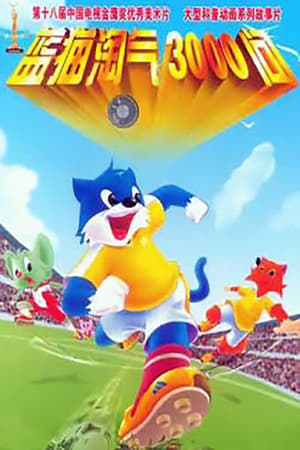 3000 Whys of Blue Cat is the first large-scale Chinese animated series in mainland China with an emphasis on science. The series is produced by "Beijing Sunchime Happy Culture Company". The show remains one of the longest running children's cartoon series in the world. It is most commonly referred to as "Blue Cat". An English version was made for the first episode titled "The Adventures of the Blue Cat" and was made as a pilot for a series titled "Lucky's Adventures" but due to lack of intrerests, the series was canceled. The show uses a combination of 2D animation and CGI.